This morning sees the ex-château release of Latour 2005, along with second wine, Les Forts de Latour 2011. We have put together two factsheets bringing together all the most important information about these two formidable wines, both approaching their drinking windows.

The 2005 Grand Vin has the third-highest Wine Lister Quality score of the last three decades, and looks reasonable value next to the 2009 and 2010: 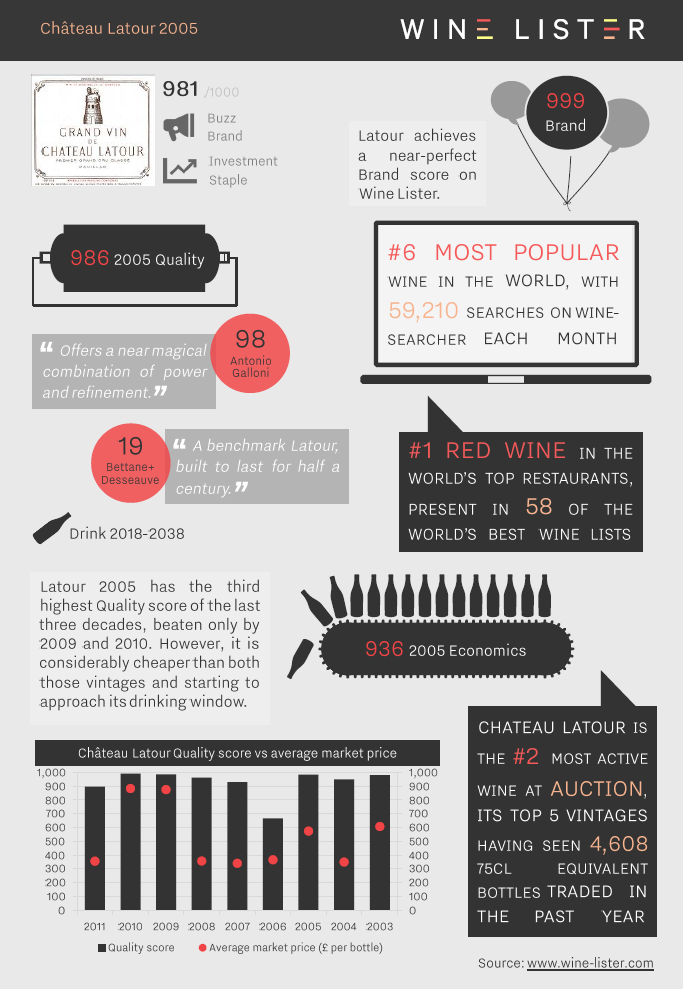 The 2011 vintage of Château Latour’s second wine, Les Forts de Latour, is an economic powerhouse, with impressive price growth since its release: 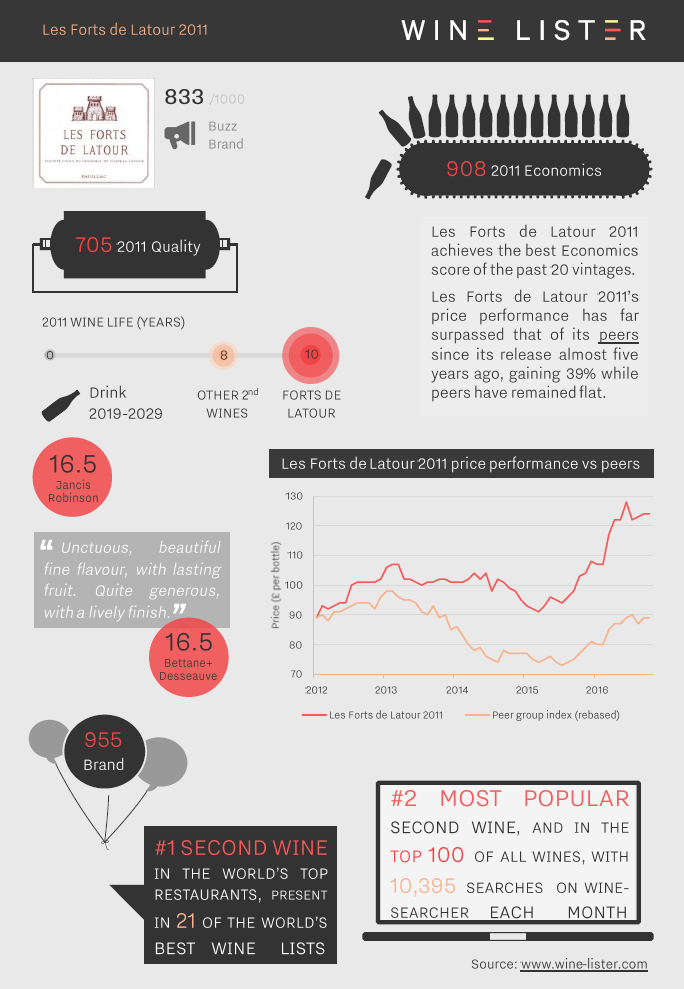